The Pumpking sprays out 10 small green orbs in front of him towards the closest player in a cone. The move is easily dodgeable on its own.

The Pumpking summons 3 Pumpkin in the corners of the map. If there are already pumpkins on the map, it will summon as many as possible without overlaying the pumpkins on the map currently. When you enter the room the first time, there may be 2-4 pumpkins already spawned, thus, it IS possible for more than 4 pumpkins to be in the room, if you do not eliminate them quickly.

The Pumpkin has two ways of moving, towards the player in a pseudo chase mode. The Pumpking also typically teleports before chasing the player. 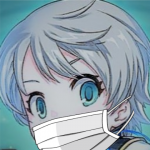